Locs are much more than just a fashion statement. However, nowadays people wear locs because it has become a trend. Yet, I’m almost certain that none of the people who wear them know what they symbolize or what they mean. You see, Locs carry a very spiritual meaning that has become nearly instinct in our society today.  To slightly elaborate, locs are a symbol of people that are on spiritual journey. Locs have been a part of the history of every spiritual system. From Christianity to Hinduism, locked hair has been been a symbol of a highly spiritual person who is trying to come closer to God(s).

What’s sad though is that while locs are becoming a fashion statement they are also extremely looked down upon. I know many people that have had difficulty finding jobs because they have locs. I know many people that have been grouped into a negative stereotypes because they have locs. People think “oh, they must smoke weed” “they’re dirty”.. or in Giuliana Rancic fashion “they must smell like patchouli oil”.

Woah! What’s my point in bringing this up?

Well as you may or may not know Zendaya wore a particular hair style to the Oscars this past Sunday:

And well a little certain someone had this to say:

Not only was the comment Ms. Rancic made stereotypical but it was extremely offensive with underlying racial tones and I can see why Zendaya reacted as passionately has she did.

What’s my take on this? I completely agree with Zendaya. More than half the people in my family have locs and none of them fit into the ‘stereotypical’ view that people have embedded into their minds. Furthermore, I plan on getting locs, can’t wait to start that process and I am 1000% sure that I do not smell like patchouli oil or weed.

Having locs doesn’t mean you’re less than ANYONE ELSE and it sucks that people of high stature (that children/others look up to) would even contribute to spreading such negativity around.

Woman (especially WOC) already have so many people telling us that we aren’t good enough so for a comment like that to be made for millions of people to see is just unacceptable.

And yea she apologized but like I’ve said before “sorry means nothing”. She shouldn’t have done it in the first place. There’s no way that she can say that she didn’t know those comments would be offensive. And if those comments were made to be taken as a joke than she has VERY poor taste as to what is considered funny. It’s just not cool.

This situation made me think of Kylie Jenner. Yea, she’s been in the news for a lot but I’ll focus on a hairstyle that she recently debuted. 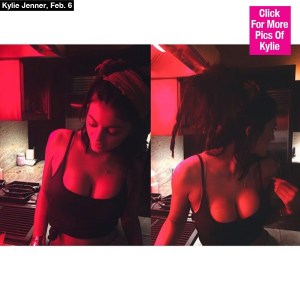 She got locs and the fashion community went wild. And when I say went wild … I am mean they loved it. She was making a “fashion statement”. It seems so odd to me that this girl can walk around sporting locs but as soon as a black girl does it shes looked at as dirty. And this is where the problem lies .. not only in this (with hair) but with our society.

I will say this: one positive thing that came from this is seeing other WOC stick up and stand by Zendaya. That shows our unity, progression and willingness to continue to fight for others to see our worth. I can’t be mad at that.

“Black women’s body, hair, and style are being stolen by the same system that oppressed it in the first place, and then are told they are being “selfish” when they’d rather not share a culture that they were told they couldn’t have.

And they were told they were ghetto, imperfect, and ugly but when worn by the oppressor its “new”, “fashionable” and “appropriating”

3 thoughts on “The beauty of LOCS”